Some awards require a “Board of Review” by a panel of adults and previous recipients. In such cases,  members of the board of review should keep in mind that the review is not a reexamination and does not require the Scout to show his/her knowledge in which they have been previously examined. The main purpose of the review is to make sure that the requirements have been met and are up to standard. The review should be a friendly “talking it over” between a Scout and some individuals who are interested in his future. It should be enjoyable for the Scout as well as for the reviewers. The nervous Scout should be put at ease; the tongue-tied encouraged to talk. The review should strengthen his/her confidence in his maturity and faith growth.

Perhaps the most important part is the determination of the Scout’s attitude toward the
following:

If the review has been satisfactory, the Scout is told so. If not, he/she is informed why, and is then asked to prepare himself/herself better in the area in which they were weak and to come back again when he feels that he is better prepared. Do not forget that a poorly prepared Scout is a result of the efforts of the Scout as well as his counselor and those who worked with him in the program.

As soon as the review is over, the Scout take his signed application form from the AAD manual and turned in. 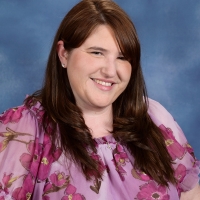