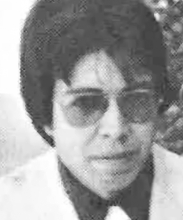 Status / Last Known Location: Arrested in 1989 for child molestation. Fled to Mexico while out on bail.
Diocesan Response: Involuntarily dismissed from priesthood by the Pope in 2008 based on a petition submitted to Rome by the diocese
Year and Place of Birth: 1953, Mexico
Seminary Attended: Seminario de Guadalajara, 1971-1975; Seminario de Tijuana, 1975-1978
Date Ordained / Connection to Diocese: Ordained October 1979 as priest of the Diocese of Sacramento