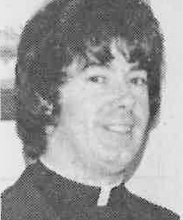 Date range of alleged abuse: Specific dates not known; believed to be between 1965 and 1985