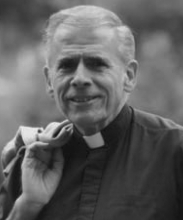 Status / Diocesan Response: Directed not to engage in ministry in 1995. Faculties formally denied and told to withdraw from the diocese in 1997.
Year and Place of Birth: 1947, USA
Seminary Attended: Unknown
Date Ordained / Connection to Diocese: Ordained March 1973 as priest of the Diocese of San Diego