Ash Wednesday marks the beginning of Lent, a season in which the faithful are called to reflect on the Paschal Mystery more intentionally. It is a time of spiritual renewal and to examine one’s relationship with God and others more carefully. It is also a time in which catechumens prepare to receive the Sacraments of Initiation at the Easter Vigil.  The Church calls everyone, therefore, to a spirit of penance through prayer, fasting, and almsgiving.

In order to foster a spirit of repentance and unite ourselves more closely to Christ, Church law requires the observance of Abstinence and Fasting during Lent.1 (For further study, see Pope Paul VI’s apostolic constitution on the subject.2)

All persons, 14 years and older, are obliged to abstain from meat on Ash Wednesday and all Fridays of Lent. “. . .[Any] parish or diocesan institution or group which sponsors an event which includes a meal is not to serve meat on any Friday during the year”.3 Other forms of abstinence, for example abstinence from alcoholic beverages, television, video games, the internet, and social media, are also beneficial. This year a solemnity, The Annunciation of the Lord, falls on March 25th, a Friday; the law of abstinence does not apply on that day.

Everyone from ages 18 to 59 is obliged to fast on Ash Wednesday and Good Friday. Voluntary fasting on other weekdays of Lent, especially on Wednesdays and Fridays, is highly recommended. Fasting is understood to mean that one full meal may be eaten. Two other small meals may be eaten, but together they should not equal a full meal. Eating between meals is not permitted.

When health or ability to work would be seriously affected, neither the law of fasting nor the law of abstinence obliges. If in doubt, one’s parish priest or confessor should be consulted. Airport workers, travelers, and others while on board ships or airplanes are dispensed from the laws of fast and abstinence for the duration of their journey (except on Good Friday). It is desirable that they perform some other pious act instead.

Catholics are urged to read and pray with sacred Scripture more intently during Lent, and to deepen their faith by reading the Catechism of the Catholic Church.  The faithful are encouraged to participate in special devotions offered by the parish, especially parish penance services and Eucharistic adoration. Other devotions such as the Rosary, the Divine Mercy Chaplet, visits to the Blessed Sacrament, and praying for vocations to the priesthood and religious life are also encouraged.

Ash Wednesday is not a holy day of obligation and while there is no requirement for the clergy and faithful to receive the imposition of ashes, it is rightly observed as a celebration of high importance. For Ash Wednesday 2022 we will again use the sprinkling method of distributing ashes.

The Priest says the prayer for blessing the ashes. He sprinkles the ashes with holy water, without saying anything. Then he addresses all those present and only once says the formula as it appears in the Roman Missal, applying it to all in general: “Repent, and believe in the Gospel”, or “Remember that you are dust, and to dust you shall return.”

The ministers then cleanse their hands, puts on face masks, and distributes the ashes to those who come to them or, if appropriate, they go to those who are standing in their places. The minister takes the ashes and sprinkles them on the head of each one without saying anything. This method of distributing the ashes, sprinkling rather than applying to the forehead, is common in some countries and is intended to protect health. The demonstration video produced last year is available at https://www.scd.org/news/lenten-regulations-2022.

The Sacrament of Reconciliation

Lent is a privileged time for celebrating the Sacrament of Penance. The faithful are obliged to confess their grave sins at least once a year.4 To that end, parishes are encouraged to provide ample opportunity for the faithful to partake of the Sacrament of Reconciliation by expanding their confession schedule during Lent. You might consider, for example, adding an extra rite of reconciliation on a weekday evening. Public parish penance services are strongly encouraged and may be combined with the Roman “stations” with or without a procession. General absolution, however, is not permitted.

The faithful are urged to attend Mass on weekdays as often as possible, especially during Lent. Daily Masses during Lent should be scheduled to facilitate attendance.

The Stations of the Cross

The Stations of the Cross are to be celebrated in each parish on Fridays during Lent and parishioners should be encouraged to participate.

Special Day of Penance and Prayer

The second Wednesday of March is to be observed as “[a] day of penance for negative attitudes and discrimination toward people of differing cultures, ethnicity and race; and prayer for unity in our diversity, for equality, mutual respect and peace among all peoples”.5

Ritual Masses for the Celebration of Marriage may not take place on Ash Wednesday, on Sundays of Lent, during Holy Week, during the Paschal Triduum, or on Sundays of Easter.6 “The celebration of Marriage on Friday of the Passion of the Lord and on Holy Saturday is to be avoided altogether.”7 Marriages may take place at other times during Lent according to the proper liturgical norms and provisions. It is contrary to the penitential spirit of the season to have elaborate weddings or lavish receptions. Those who need to have marriages convalidated before the Easter Vigil should do so prior to Holy Week, not on Holy Saturday or during the Vigil.

Funerals are not to be celebrated on Holy Thursday, Good Friday, or Holy Saturday, nor on the Sundays of Lent. When pastoral considerations necessitate that a funeral be celebrated on these days, the Liturgy of the Word with the Final Commendation and Farewell may be conducted.

No Masses are to be offered on Good Friday nor on Holy Saturday except the Easter Vigil in the Holy Night. The Easter Vigil begins after nightfall which in our diocese is 8:50 p.m. this year.8 For additional helpful information beyond what is provided in the Roman Missal, see the related Circular Letter.9

Regarding the pandemic, the Pastoral Considerations and Guidelines for Holy Week 2021 are no longer in effect. As works of charity to protect those who are vulnerable, a few simple precautions remain in use:

In preparing the Paschal Triduum as the highest celebration of the Church year, pastors have an opportunity to review the parish’s liturgical practices. Pandemic adaptations which are no longer needed but have remained in practice by force of habit should be abandoned and norms of the liturgy restored, and each minister “should carry out solely but totally that which pertains to them”.10

All Catholics who have been initiated into the Holy Eucharist are bound to receive holy communion worthily at least once during the Easter Season. In the United States, the Easter duty may be fulfilled through the Solemnity of the Most Holy Trinity. Catholics are encouraged to receive Communion as often as possible, not only during Eastertide, but throughout the year. However, “[anyone] conscious of a grave sin must receive the Sacrament of Reconciliation before coming to Communion”.11

From earliest times giving to the poor, or almsgiving, has been an invaluable spiritual practice, a religious duty, a form of penance, an expression of Christian charity, and an aid to interior conversion. Therefore, all Catholics are urged to give generously to assist the poor and support the charitable works of the Church, especially through their local parish and the Annual Catholic Appeal.

The faithful are also encouraged to visit the sick, the homebound, the aged, and those in prison, remembering the words of our Lord Jesus Christ who said, “As you did it to one of the least of these my brethren, you did it to me” (Matthew 25:40).  Fasting and abstinence together with almsgiving and charitable works unite us to the crucified Christ reflected in the image of our brothers and sisters who suffer.

The Christian Initiation of adults and children of catechetical age includes at one celebration: Baptism, Confirmation, and Eucharist. In accord with the ancient practice of the Church, these sacraments are to be received together and in their proper order.13 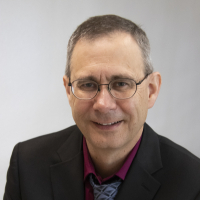