Pope Pius XI. On Reconstructing the Social Order (Quadragesimo Anno). 1931.
Denounces the concentration of wealth and economic power and calls for the reconstruction of the social order based on subsidiarity.

Pope John XXIII. On Christianity and Social Progress (Mater et Magistra).1961.
Affirms the role of the Church as a social teacher. Expresses profound concerns for the growing gap between rich and poor nations, for the plight of farmers and rural areas, and for the arms race.

Pope John XXIII. Peace on Earth (Pacem in Terris). 1963.
Affirms human rights, calls for peace based on trust and respect for these rights, urges disarmament, and supports creation of a world authority to protect the universal common good.

Pope Paul VI. A Call to Action: On the Occasion of the Eightieth Anniversary of the Encyclical Rerum Novarum. 1971.
Asks Christians to work for social and political reform to promote social justice.

Pope Paul VI. On Evangelization in the Modern World (Evangelii Nuntiandi).1975.
Calls for a new evangelization that links social transformation with the proclamation of the Gospel, that transforms individuals and social structures.

Pope John Paul II. On Human Work (Laborem Exercens). 1981.
Defends the dignity of work and the rights of workers. Explores just wages and the right to organize and affirms the priority of labor over capital.

Pope John Paul II. On the Hundredth Anniversary of Rerum Novarum (Centesimus Annus). 1991.
Restates themes of Pope Leo’s encyclical and calls for a just society based on rights of workers, economic initiative, and participation.

Pope Benedict XVI. God Is Love (Deus Caritas Est). 2006.
Describes the essential place of love in the life of the Church and links the Church’s charitable work with the love of God as Trinity, noting that the Church must express love through acts of charity and justice.

Pontifical Council for Justice and Peace. Compendium of the Social Doctrine of the Church. 2005.
A systematic presentation of the foundations of the Church’s social doctrine.

The above are just a sampling of the many papal documents available for reflection on the social teaching of the Church. For the most recent Vatican statements, click here: Vatican Web site: latest statements. To find older statements, use the Vatican's search engine.

Resources to U. S. Conference of Catholic Bishops' Statements on Social Teaching

Program of Social Reconstruction. 1919.
In the wake of World War I, lays out principles and recommendations for social reconstruction and reform.

Brothers and Sisters to Us. 1979.
Landmark pastoral letter which promotes discussion and action against racism, “an evil which endures in our society and in our Church.”

The Challenge of Peace: God’s Promise and Our Response. 1983.
Summarizes the Church’s teaching on peacemaking and applies this tradition to the issues of nuclear weapons and the arms race.

Economic Justice for All: Pastoral Letter on Catholic Social Teaching and the U.S. Economy. 1987.
Summarizes major principles regarding the economy and addresses morally significant economic issues in the U. S.

Renewing the Earth: An Invitation to Reflection and Action on Environment in Light of Catholic Social Teaching. 1990.
This document explores environmental challenges and is the first major treatment of the moral dimensions of the ecological crisis.

Communities of Salt and Light: Reflections on the Social Mission of the Parish. 1994.
A resource for strengthening the parish’s social mission and infusing social teaching into all aspects of parish life.

Called to Global Solidarity: International Challenges for U.S. Parishes.1997.
Calls on parishes to integrate global solidarity into all aspects of parish life.

Everyday Christianity: To Hunger and Thirst for Justice. 1998.
Explains that the most important way Catholics work for justice and peace is through their choices and actions every day.

Responsibility, Rehabilitation, and Restoration. 2000.
Recognizing that the dignity of the human person applies to both victim and offender, this document tackles the issues of crime and corrections, justice and mercy, responsibility and treatment.

Welcoming the Stranger Among Us: Unity in Diversity. 2000
Challenges parishes to prepare to receive newcomers with a genuine spirit of welcome that provides a bridge to cross from one culture into another.

A Place at the Table. 2002.
Affirms Church teaching on our special concern for those who are poor and urges Catholics to pray, reflect, and take action on the causes of poverty in the U.S. and abroad.

Faithful Citizenship: A Catholic Call to Political Responsibility. 2003.
Encourages Catholics to bring the values of our faith to our decisions as citizens, using our voices and votes to protect human life and dignity and promote justice and peace.

Strangers No Longer: Together on the Journey of Hope. 2003.
A pastoral letter from the Catholic Bishops of Mexico and the United States concerning the challenges of migration.

The above are just a sampling of the statements of the U.S. Catholic Bishops which are available for reflection on the social teaching of the Church. Many are available for purchase at USCCB Publishing or in downloadable format from the USCCB web site. 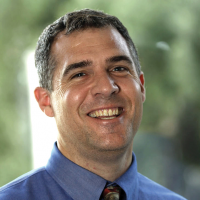