Father Benedict DeLeon, a beloved priest of the Diocese of Sacramento for 39 years who served as pastor of several parishes, died unexpectedly on Aug. 18 at the Priests’ Retirement Village in Citrus Heights. He was 65.

Bishop Jaime Soto will preside at a funeral Mass for Father DeLeon on Tuesday, Aug. 27 at 10:30 a.m. at St. Paul Church, located at 8720 Florin Road in Sacramento. Bishop Emeritus William K. Weigand will be the concelebrant. A reception will follow the Mass in the parish center. Burial will be at 2:30 p.m. at St. Mary’s Cemetery, located at 6509 Fruitridge Road in Sacramento.

Novena will be prayed at St. Paul Church starting on Wednesday, Aug. 21 at 6 p.m.

“What a blessing and gift the Lord has given me all these years, to have been touched by the lives, the hearts and the faith of the magnificent people of the Sacramento Diocese: from Dunsmuir and McCloud in Siskiyou County, to Vallejo and Vacaville in Solano County, Chico and Oroville in Butte County, to the picturesque mountains in the Tahoe area,” Father DeLeon told Catholic Herald magazine in a story in the March/April 2019 issue. 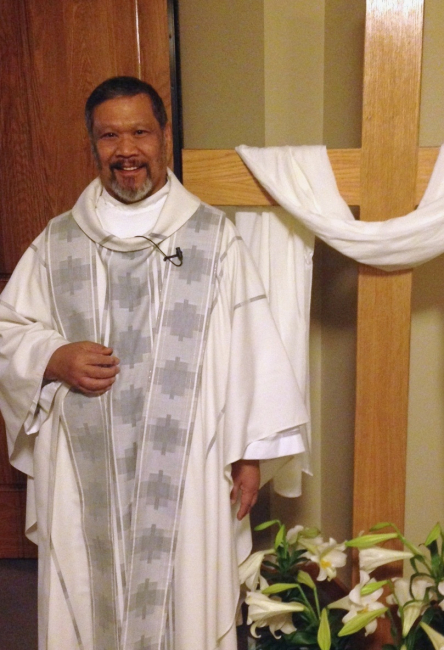 Father DeLeon was a native of Sacramento and as a youth served as an altar boy at St. Paul Parish in Sacramento. He was grateful to his pastor for 17 years, the late Father Richard Doheny, founding pastor of St. Paul, “for inviting and guiding me to the seminary,” he said. “If I have even been half as good a priest as he was, then I have served my parishioners well.”

Growing up “my parents taught me through example and steady, consistent guidance to love and honor God, to use the gifts and talents God gave me to the utmost, and to respect and help people whenever possible,” he said. “This is surely what Christ imparted to his apostles and first disciples of the early Christian community. For me, being Catholic and following the teachings of Christ is as normal and natural as breathing the air around us.”

He was “grateful to the role models I had as a young boy, the Irish priests of our diocese, who showed me what priestly service and dedication was all about. I always admired their unselfish care and commitment to their parishioners, and so I have always, since my childhood, thought of nothing else but becoming a Catholic priest.” He was happy to note he was baptized by the late Msgr. Edward Kavanagh of St. Rose Parish in Sacramento.

“Since my ordination 38 years ago, I have seen our diocese grow and branch out in its spreading of the Gospel, with a lovely tapestry of priests from many parts of the world who now serve here. My brother priests have come from places such as Nigeria, Colombia, Mexico and Poland and the many fine young priests from the Philippines. They reflect the cultural richness of our diocese and the spreading of God’s message by a marvelous array of human interaction.”

After graduating from Elk Grove High School in Elk Grove, he attended St. Joseph College Seminary, receiving a bachelor’s degree in humanities. He completed his studies for the priesthood at St. Patrick’s Seminary in Menlo Park. He was ordained by Bishop Francis A. Quinn on March 22, 1980 in the Cathedral of the Blessed Sacrament.

His early assignments were as associate pastor of St. Catherine of Siena Parish in Vallejo (1980-82), as vocations director for the diocese (1982-85) and as chaplain to Christian Brothers High School in Sacramento (1983-85).

In 1985, he became pastor of St. John the Evangelist Parish in Dunsmuir and administrator of St. Joseph Parish in McCloud, where he served until 1992.

Father DeLeon also served on the Presbyteral Council, the Priests’ Personnel Board, the Tribunal, the Deacon Advisory Board and the Catholic School Board. He was priest representative to the San Francisco Province of the National Federation of Priests’ Councils. He has led young people on three World Youth Days to celebrate their Catholic faith: Australia in 2008, Spain in 2011 and Poland in 2016.

Father DeLeon remembered fondly two events because they demonstrated to him the enthusiasm of the diverse Catholic faithful in Northern California. One was the conclusion of the diocesan RENEW process, which Bishop Quinn initiated in the 1990s. As RENEW came to an end, hundreds of people from throughout the diocese made their way to the foot of Mount Shasta for an outdoor celebration of Eucharist at the closing Mass.

“The other wonderful occasion was our 2004 Diocesan Synod,” he noted. “The two years that led up to the actual Synod -- the prayer-filled sharing and collegial dialogue among the Synod delegates from all the different parts of our diocese and the articulation of our diocesan identity in the 21st century -- enriched us all. Then there was the subsequent developing of the strategies and ministries necessary to grow our Catholic identity locally, implementing the Synodal mandates in the years that followed.

“All these things were so exhilarating and gave us an opportunity to see God’s work and our Catholic faith so tangible in the world. Through the faith and hope of our good Catholic people I have witnessed God’s love for us in ‘the now.’ I recognize, as well, the continual need to perfect our lives and seek oneness with God in the years to come. It is ‘the already and the not yet’ as eschatological theology teaches us.”

Father DeLeon was preceded in death by his parents, Benedict and Praxedes DeLeon. He is survived by his brothers Philip DeLeon of Florin and Daniel DeLeon of Sacramento, and sisters Marlene DeLeon of Foxborough, MA, and Dr. Jane de Leon of Wilton, and their spouses, Josie DeLeon, Tom Lucci and Peter Horton. Father DeLeon was the loving uncle to six nephews, four nieces, four great nephews, and two great nieces.