Ecumenism today: The situation in the Catholic Church

In November 2004, the Pontifical Council for Promoting Christian Unity (PCPCU) organized an international meeting near Rome to mark the 40th anniversary of the promulgation, on 21 November 1964, of the Second Vatican Council's Decree on Ecumenism Unitatis Redintegratio.

Over 250 people took part in the meeting, including the presidents or secretaries of the ecumenical commissions of most of the world's Bishops' Conferences and Synods of Eastern Catholic Churches, the Catholic moderators of bilateral theological dialogues with the principal Christian Communions, the members and consultors of the Pontifical Council. Also present were over 30 fraternal delegates from other Churches and Ecclesial Communities, representatives from the World Council of Churches and the Council of European Churches, as well as guests from the Roman Curia and from the Pontifical Roman Universities and Theological Faculties.

The purpose of the gathering was to celebrate 40 years of the Church’s ecumenical commitment, but also to reflect on the continuing significance of Unitatis Redintegratio to examine the path travelled since the Council and to formulate proposals for future action.

As part of the preparation for this important meeting, the PCPCU sent a questionnaire to the Bishops’ Conferences and to the Synods of the Eastern Catholic Churches, with the purpose of generating a report on the present situation of ecumenism within the Catholic Church at the local level. The intention was to measure the degree of practical application of Unitatis Redintegratio 40 years after its promulgation, and of the Ecumenical Directory10 years after its publication. One-hundred sixty three questionnaires were sent out; 83 responses came back.

We are fully aware of the limited nature of our inquiry; the questionnaire was not scientifically formulated; the responses were less than expected and correspond to quantitatively different realities, which makes comparisons and statistics impossible: Brazil cannot be compared with Gibraltar, or Germany with Kazakhstan. Nevertheless, we believe that we have a firm basis on which to build a picture of the present state of ecumenical commitment, and we present here a brief report of the results.

We have summarized our findings under four headings:

1. The advance of ecumenical awareness within the Catholic Church

The inquiry shows that in every part of the world Unitatis Redintegratio has introduced a radical improvement in Catholic attitudes towards other Christians; the polemical approach of the past is no longer dominant.

Catholics have a positive attitude to the ecumenical task. They are eager to know more about the other Churches and Communions, and they are generally willing to take part in ecumenical events and meetings, especially in common prayer for unity.

There is widespread practice of spiritual ecumenism. In addition to the Week of Prayer for Christian Unity, which continues to be a principal component of ecumenical action, joint celebrations of major liturgical feasts and commemorations, as well as on the occasion of civic, local and national celebrations, are a reality almost everywhere.

There is widespread sharing of church buildings. Two thirds of the respondents mention ecumenical cooperation at the parish level and the publication of guidelines for ecumenical activity in their region.

In general we can be assured that the effort to apply the ecumenical commitment of the Second Vatican Council continues and spreads throughout the Church.

At the same time we cannot be naive. And although not all the difficulties mentioned in the responses are equally present in all parts of the Church, an overview of these difficulties may be helpful, since they describe the challenge which those who work for Christian unity face at the level of practical involvement.

To summarize in some way, we can say that among the theological-pastoral questions most often raised in the responses to our questionnaire there is:

Among the non-theological factors affecting ecumenism we find social and political situations (principally in the ex-Soviet bloc countries), ethnic conflicts (Africa and the Balkans) and the question of whether the Church is in a majority or minority situation.

In Eastern Europe many respondents refer to the tensions surrounding the question of the restitution of Church properties. In some places the quest for Christian unity is seen as a threat by certain Islamic groups.

Respondents in all continents mention the persistence of attitudes of mutual fear, suspicion and mistrust. Other Christians are afraid of being absorbed by the more powerful Catholic community, and Catholics express mistrust towards groups that use the media and public campaigns to criticize Catholic doctrines, or insist on certain negative and scandalous situations to attack the Church.

Although much has been achieved in places with regard to the purification of historical memories, some local Churches say that the memory of past events, remote or more recent, still impedes or hinders ecumenical relations. The purification of memories is something to which John Paul II has drawn our attention on numerous occasions, and it remains one of the most crucial challenges for those who work for Christian unity.
Some responses point to a lack of motivation and enthusiasm. In some cases this stems from the suspicion that ecumenism weakens the evangelizing mission of the Church.

Some Catholics think that ecumenism compromises their faith and is an admission of an insufficiency in the Catholic Church, which they are not ready to accept.

In some countries with a large Catholic majority, the small number of Christians belonging to other Churches is offered as a justification for the lack of ecumenical initiative.

Elsewhere, the newer Evangelical and Pentecostal communities are often not regarded as genuine Ecclesial Communities, and the indiscriminate use of the term “sect” continues to cause problems on all continents. Ecclesial Communities (Baptists, Evangelicals, Pentecostals) with which the Catholic Church has theological dialogues and international relations, even for decades, are included in lists of sects.

On the other hand, especially in Latin America, responses frequently indicate a non-recognition of the Christian character of Catholics by some Evangelical and Pentecostal groups. It may help to remember that on this mutual difficulty we already have Study Documents produced by various mixed commissions of dialogue (for example: Catholic-Pentecostal Dialogue: “Evangelization, proselytism and common witness”; Consultation between the Catholic Church and the World Evangelical Alliance: “Church, Evangelization and the Bonds of Koinonia”).

2. The organization of ecumenism

The PCPCU is pleased to see that only very few Conferences do not have a department or commission for ecumenism. On the other hand most respondents indicate that these commissions or delegates work in restricted conditions, and they mention the lack of continuity in carrying out projects, and the need for new, younger blood among those engaged in ecumenical work.

At the level of Dioceses, matters are not so satisfactory. The lack of personnel, of specific training, of resources, financial and otherwise, make ecumenical work difficult.

On the other hand, in some countries there are flourishing support groups and associations of people well trained in ecumenism, active in ecumenical education in Dioceses, parishes, groups and seminaries. More attention needs to be given to finding and training such experts and volunteers.

Regarding membership in Councils of Churches, we see that a substantial change has taken place in recent years.

3. The Church’s ecumenical action at the local level

Regarding dialogue: 42 out of 83 Bishops’ Conferences responding to the inquiry declare that they have permanent structures of dialogue with other Churches and Communities present in their territory; 38 have mixed commissions of dialogue.

As regards the reception of dialogue documents, only 35 Conferences say they have a good dissemination of the results of dialogues, and have actively promoted discussion and study through the publication of resources.

Some respondents also indicate that efforts are being made to utilize the Internet to promote ecumenism in some countries, and this is a matter which the PCPCU is greatly interested in pursuing.

In the field of social concerns, 44 Conferences say they are involved in cooperative efforts with other confessions. Here too we must admit that more can be done.

The need for better ecumenical formation has been mentioned by practically all the ecumenical commissions responding to our inquiry. There should be a place in this training for the presence and contribution of representatives of the other Churches and communities. Indeed, we hope that more and more such efforts will be cooperative.

All of these points will form the basis of the activity of the PCPCU in the coming months and years.

The Pontifical Council’s Document on formation, The Ecumenical Dimension in the Formation of Those Engaged in Pastoral Work (1995), which offers suggestions for a course in ecumenism and gives resources for the same, is not well known and needs to be distributed more widely.

Together with the Congregation for Catholic Education, the PCPCU is now carrying out a survey at the world level of Catholic seminaries and universities and theological faculties, in order to find out exactly what the practice is and whether suitable attention is being given to ecumenism in Catholic education. The data are now being collected and the results will eventually be published.

4. Some thoughts on the future of ecumenism

The consultation shows that the degree of commitment to the ecumenical task at the local level throughout the Church is growing in intensity and extension.

In a globalized world Christians in all Churches feel an impetus to overcome the state of division between them. Spiritual ecumenism - conversion of mind and heart to Christ, joint prayer for unity - is attracting more and more attention.

In responses to the questionnaire, many good suggestions for future ecumenical work have emerged. The inquiry underlines three areas as needing urgent attention now and in the future:

In a world that has changed much since the Second Vatican Council, a new realism permeates the Catholic approach to the restoration of unity. It is clearer than ever that ecumenism can only be promoted on a solid doctrinal basis, on serious dialogue between divided Christians.

Above all, there is a fuller realization that the work of unity can flourish only within a deep and convincing spirituality, a spirituality of Christian hope and courage.

The PCPCU hopes that the commemoration of the 40th anniversary of Unitatis Redintegratio has served to inspire new hope and courage in those most directly responsible for the implementation of the Church’s ecumenical commitment.

The Church is a member of 14 national Christian Councils or Councils of Churches in Africa, three in Asia, 10 in Oceania, 12 in the Caribbean, 25 in Europe, one in North America, five in South America. 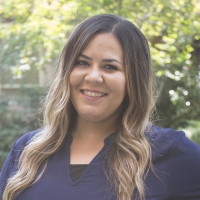